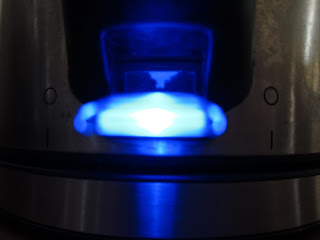 I promised a snippet from my writing on critical media literacy, so maybe this gives a sense of where I'm at .... As we move towards a reconceptualisation of literacy education there remain some important and unresolved dilemmas. The first of these concerns the various interpretations of the notion of criticality. In some ways this debate mirrors some of the complexities in critical theory and in literary criticism. We need to ask whether we want children and young people to re-discover the ideologies and biases that some adults have previously identified, whether we want them to be informed media critics, or whether we want them to be discerning consumers and producers of media. The second issue is whether or not we believe that the formal education system can be expected to bear the full responsibility of developing media literacy. Given that the major part of young people’s engagement with media is likely to take place outside of school contexts, there are good reasons to suggest that media literacy develops across a range of contexts and that parents, after-school clubs, community groups as well as producers and independent agencies have an important role to play. Thirdly, there are some contentious issues at stake in identifying what constitutes development in critical media literacy. For instance, in discussing literacy the MacArthur Report suggests that ‘Before students engage with the new participatory culture, they must be able to read and write.’ (Jenkins et al 2006b: 19). But given that young children are already immersed in media culture well before the start of their compulsory schooling there are powerful arguments to suggest that critical media literacy should be taught alongside traditional literacy. Finally, there is the question of how this kind of critical literacy can most profitably engage with some of the popular discourses about the harmful effects of media. These discourses often focus on the vulnerability of the young and the supposed dangers posed by early exposure to sex and violence; to manipulation through advertising; and to the possibility that they may become addicted to media. Although media education has contributed a degree of challenge to such views, they have re-surfaced in recent concerns about chatrooms, videogames and online social networking. An open-minded and critical approach to media regulation and safety issues will need to have a central place in critical media literacy as it responds to changing contexts. I think that's what I think.
Posted by Guy Merchant at 1:46 AM