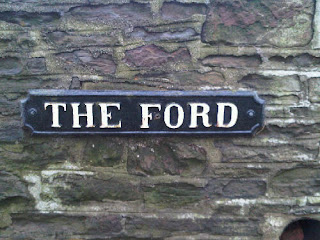 I've written about photosharing on a couple of occasions now, but I've never really addressed the issue of ethics. I suppose that's mostly because of an interest in the sharing process itself and how it fits with the more general Web 2.0 ethos, but also because it raises some thorny issues about ownership and even e-safety which aren't exactly top of my list, even though they are worthy areas of concern. But I adhere to my own ethical principles with respect to images of human subjects. I'll ask permission to use/share photographs of individuals and I've only once had an issue with that. On that occasion it was photographing a graffiti jam in Sheffield. I was taking pictures of the materials and the emerging wall art. I put these images up on Flickr, but in one of them I had inadvertantly captured the face of one of the artists. She mailed me through Flickr and politely asked me to remove the photograph because of the rather touchy legal issues. I obliged immediately and sent an apology. So, anyway, my unwritten ethical code doesn't cover inanimate objects, like the Victorian ford sign above. I've never asked a sign for permission! It never crossed my mind. But with this pic I encountered an onslaught of verbal abuse - not I hasten to add from the sign itself (roll over Saussure) but from the owner of the property whose outside wall the sign is on. 'What are you doing? What right have you got? What are you going to do with...? Let me see!' etc etc. I explained that I wasn't a spy, I meant no harm - and this is the embarrassing bit - I had to explain that I like taking photographs of signs! As often happens in such situations the social interaction surrounding the event slowly changed its tone as I learnt that the farm was continually harrassed by the local authority for allowing water and slurry on to the road and that that my photographing had been construed as an act of surveillence! And, as the day wore one, I learnt all about the farm, the ford, local history and so on. But in the end - damn it - I forgot to ask permission. Do visual researchers do sackcloth and ashes, or has the moment passed?
Posted by Guy Merchant at 2:52 AM