What colour is the future? 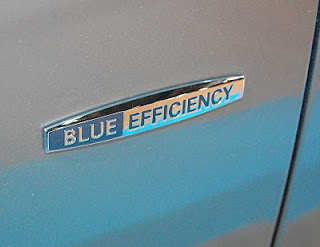 The way in which colour associates with ideas and rituals is certainly a cultural construction. Note the way in which people in different societies use different colours at weddings and funerals. The same goes for an idea like the future. For a long time I was so impressed by the advertising campaign that I thought that the future was Orange. But recently I've succumbed to the idea that the future is in fact blue. Cars are employing blue technology (which is apparently green) and all sorts of new gadgets are blue-chipped or have bluetooth fitted, and videos, of course now have blu-ray equivalents. But the future is a moving target and my future colour scheme underwent yet another change on Friday. I was, in fact, reminded of Proust and I quote from the last book of his monumental work: 'As in a snowy landscape,the degree of whiteness attained by a person's hair seemed in general to be an indication of the depth of time through which he or she had lived, just as in a range of mountains the higher peaks, even though they appear to the eye to be on the same level as the rest, nevertheless reveal their great altitude by the intensity of their snowy whiteness.' I was at yet another retirement do; and that's where I formed the distinct impression that the future is now white. In fact, at least for me, white is the new black.
Posted by Guy Merchant at 7:10 AM