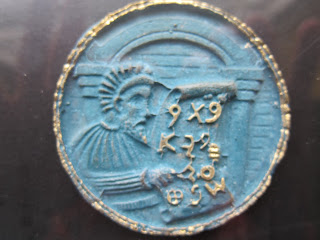 Anthea Rowan had a good piece in yesterday's Telegraph. As to be expected it drew the usual range of comments. The full text from which she quotes (which I wrote for UKLA) runs like this: Language and literacy change over time. Social, economic and technological conditions influence these changes in significant ways. The development of mass media and, more recently, digital communication has accelerated the spread of language change and innovation. We now routinely communicate in different ways - such as emailing, instant-messaging, and making Skype calls. We use different technologies - laptop keyboards, mobile phones and webcams - to do this. These different channels of communication have led to the emergence of new communicative styles including text abbreviations, acronyms on bulletin boards, and microblogging conventions such as the use of @ and # in Tittwer. Writing, often a relatively stable or conservative mode of language, is currently enjoying a moment of creativity. This is a rich area for the study of literacy and one that has an unavoidable impact on children and young people. In fact young people are very often at the forefront of these innovations. It is too simple to suggest that 'new ways' are replacing 'old ways' or to suggest that the 'new litearcies' are somehow better than traditional practices. They co-exist and are likely to do so, at least for the foreseeable future. Most new literacy practices depend on the familiar -being able to read a familiar image and to encode and decode alphabetic writing. In fact they extend the possibilities for meaning-making and interconnection. Literacy is a much larger topic than it was twenty years ago, in an era when digital communication was still in its infancy. To fully participate in contemporary society, children, young people and adults alike need literacy more than ever before. They need to be able to write letters and send emails; they need to be able to fill in forms online and leave notes for friends and family members. There is no evidence that literacy is in decline. In fact there has been a massive increase in vernacular writing with the advent of the internet. At the same time, though, the ways in which we write and the ways in which we read are changing. In our capacity as an association for the promotion of literacy and with our interest in education, we are committed to supporting the reading and writing for all - reading and writing in whatever form is advantageous.
Posted by Guy Merchant at 12:38 AM