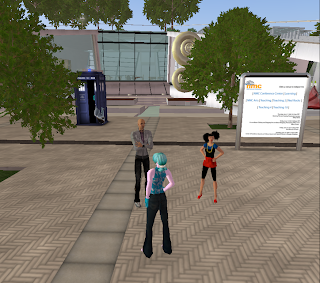 Michael Heim's 'The Metaphysics of Virtual Reality' makes for a curious read in that it was published in what seems like another era - 1993! He mixes a sort of cautiousness about technology with occasional bursts of enthusiasm. For all this I liked the description of what he calls cyberspace, which seems to me more like virtuality: 'We inhabit cberspace when we feel ourselves moving through the interface into a relatively independent world with its own dimensions and rules. The more we habituate ourselves to the interface, the more we live in cyberspace.' (1993:79). But what if that interface is print text? Heim has a view on this, too. '...the magic of the story comes from our ability to cross over from the words of the narration to an inner vision of the sequence of virtual events (which occurs to us when we walk through the wall of words on the page). (1993:133). So somehow our belief, or immersion, in a represented world defines this kind of virtuality. Carroll's looking glass, C.S. Lewis's wardrobe and Philip Pullman's subtle knife all act as metaphors for this in the sense that they are gateways to an imaginal world - a sort of parallell universe of the prosumer's fantasy sketched out for us by the author/designer. In this sense all that changes with technology is our ability to mediate or represent that parallell universe.