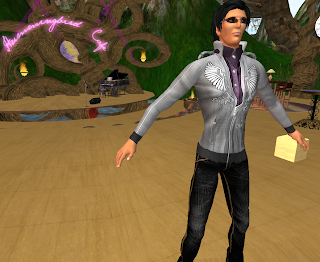 Yes, why not go for the plural - we are so accustomed to thinking of VR as a singular thing which it most clearly is not. Heim, who I referred to here, has a list of seven kinds of virtual reality, or seven realities if you would rather. Some of them seem to overlap, but I'll try to be faithful to the source (Heim, 1993: 109 ff). Here we go: 1. Simulation. I think he means high definition graphic environments; audio/graphic realism; precision rendering; and all the other ingredients for producing lifelike dataworlds. 2. Interaction. Here he seems to want to include everything from desktop environments with their folders, files and wastebins to virtual classrooms. (Does he mean places you can navigate within as if they were actual spaces?) 3. Artificiality. Here he really goes off on one, exploring the philosophical position that reality, as-we-know-it, is a human construct and that as a result more or less everything could be seen as being virtual. This threatens the entire VR edifice, so Heim abandons it as being too broad to be of use. 4. Immersion. This is mostly about a total sensory experience - the sort of thing associated with HMDs. At this point, Heim isn't concerned with the psychological dimension of 'being there'. The sort of immersion that Schroeder has written about. 5. Telepresence. Here he's talking about robotic presence. Controlling materials at a distance. 6. Full-body immersion. No, this isn't about body suits or flotation tanks, it's about 'becoming' a represented body/thing in a virtual environment. For this I read Second Life avatar. 7. Networked communities. Here, users 'stipulate and shape objects and activities' and 'share imaginary things and events' (116). Dubbed 'post-symbolic communication' this may move beyond words and real world references. All told a rather complicated list, but there are some ideas that are definitely worth developing here. Watch this space!