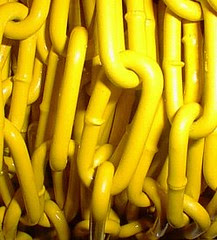 The first serious writing about the use of word processors in the classroom began to emerge in the mid 1980s. This was followed by nearly ten years of speculation, much focusing on the possible negative influences of new technology on literacy. As computers became more commonplace, the concerns of educators and policy makers shifted to the social implications of screen-based interaction. Work on ICT and collaborative writing, and pupils' interactions when working onscreen became the vogue, perhaps as a reaction to the idea of the isolated techno-subject. At the same time there was considerable experimentation with educational software and writing packages that were child-friendly, reflecting a professional crisis of confidence, a worry that it was all becoming far too difficult. The focus has shifted yet again and we now seem to be more concerned with onscreen writing as a way of motivating learners -€“ a way of helping those with general or specific difficulties -€“ from the reluctant to the gifted and talented; from the marginalized to the isolated, or even the digitally disadvantaged. This all follows a trend towards a more integrated (or domesticated) view of new technology in education; however, there are relatively few examples of how ICT might transform literacy, and radically change how we learn to write. Perhaps this is the next wave.