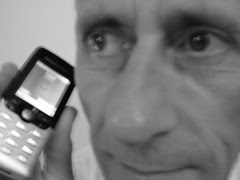 An average meal last night in the splendour of Mr Chu’s, South Beach with excellent company was followed first thing this morning with a symposium with more or less the same people. Achirya Rezak on LiveJournal used Gee’s discourse analysis; Sarah Lohnes problematised the notion of authenticity in education blogs; and Dana Cammack challenged us to think of a new theory which describes identity performance, interaction and allegiances in overlapping social networks. All really interesting.

On the boring side we have the reductionist approach to reading in the UK government’s acceptance of synthetic phonics. I quote the Guardian newspaper:

"MPs on the Commons education select committee, which produced a report into reading methods, were impressed by its proven success in trials involving 300 children in Clackmannanshire. By the age of 11, those children taught using synthetic phonics were three years ahead of their peers in reading skills."

Oh, yawn! I find the dullest blog in the world, which hardly ever updates, far more interesting!

I wish I could be bored by the phonics stuff instead of really really angry.. enjoy your conference Guy!

mmm, we are about to get the same treatment in Aus. National Literacy Inquiry to be released in a few days will recommend the same thing and reherse the tired old phonics-whole lang 'debate'. Of course the report has already been leaked to conservative papers and writers but not to anyone else (as if we needed it anyway)

'Oh, my goodness, John, the kids in Australia can't read, write or punctuate, we had better start a another literacy crisis and see if we can help the poor buggers.'

OK then: bored, depressed, angry and frustrated. Why is it that at a time when literacy is changing so rapidly and creatively do we have legislation that is doing just the reverse?