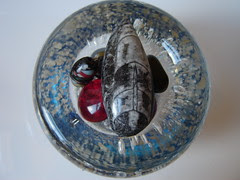 YAY! Congratulations to Jackie and Julie – it’s their civil partnership today. OK, so it’s a bit of a clumsy title (civil partnership) and it’s so long overdue, but at least there’s some official recognition that people don’t necessarily want to spend their lives in heterosexual relationships.

Today, I was sad to hear that my favourite Malian singer Ali Farka Toure died last week – music’s been much on my mind lately. I was also reading about Robert Johnson. I missed a trick when I was in San Antonio last year, because this was one of only two places that he recorded his blues. I think he only recorded about 20 tracks in total. But his story is a classic one of “dealing with the devil.” He used to hang around established blues singers (like Son House) and make one hell of a noise – they used to tell him to get lost! Then, the legend goes, he went down to the crossroads in Clarksdale and made a pact with the devil. On his return he was the meanest player around, later known as the King of the Delta Blues. A Faustian tale if ever I heard one! Somehow I connect the sound of Robert Johnson with Ali Farka Toure…maybe musicologists do too, I know Ry Cooder spotted the link on Talking Timbuktu.

Please send my warmest regards to Jackie (and Julie too!)

These two events were also v. important to me too.
Dr Joolz and I gave Jackie and Julie a pink teapot.
My copy of Talking Timbuctu is scratched and when AFT died I was very sad and decided to go out and buy a new copy.
he was wonderful and it was very sad when he died.