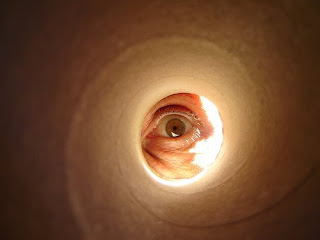 Watching an interesting debate on digital literacies taking place here. As you can see it’s in wet paint and I think I’ve already stepped in a can and left my footprints all over it! I sense some frustration about definitions. Several positions emerge. One we all agree what we mean, so let’s move on. Two we’ll never agree, so let’s move on and do something anyway. Three if we don’t know what we mean how can we move on. I suppose the other option is to ditch the term altogether and actually I think that’s been suggested, but if it’s called digital literacy/ digital literacies in the first place that presents a bit of a challenge. Interestingly, the proofs of Vic and Muriel’s book arrived today. I thought it was called Contentious Literacies, but now I see its titled Digital Literacies. So there’s something to look out for!
Posted by Guy Merchant at 11:04 AM

I am sure that Josie will sort something out before Friday. I have been smiling thinking about the 'digital literacy' involved in engaging in debate in a way that takes account of how Elluminate works. I don't think we have yet achieved an effective workaround the limitations of the Wiki.
BTW, I really like the way you have arranged the names in the blog roll to form that beautiful curve.

Thanks for your comment, and how interesting to think about the digital literacies we were using! I saw that the wiki was really little more than a discussion board. Unfortunately my university firewall locked me out of the Elluminate event...but then I find Elluminate a bit weird anyway! So where next, I wonder.
* Do you think my blog roll curve is a digital literacy?