Storm in a tea cup 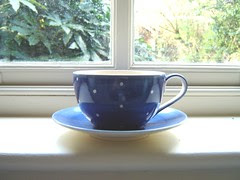 Tea-drinking is relaxing, contemplative and oh so British. Really I suppose it is the remains of the days of empire. So, naturally I was concerned to read of trouble in the tea gardens with workers charged of dacoity. This signals a worrying trend in North Bengal’s tea sector.

Back at the ranch I settle for Jasmine Tea (playing it safe, I suppose). Nice and refreshing after reviewing a book proposal that looks at multimodal approaches to teaching writing. An opportunity to mull over the differences between teaching writing through new media (which seems to me to suggest an autonomous skill called writing) and the idea of teaching writing in (or for ) new media, which inevitably involves learning new practices. [Note to self: damn italics, they look ugly- must use something new]

Glocally speaking, I chuckle at Ben Hammersley ranting about Creative Lab’s revisionist etymology of the term ‘podcasting’ (they say: short for Personal On Demand broadcast; he says: this) That’s reported, here. Question is what did Apple intend ‘pod’ to stand for when marketing the original MP3 player? [Note to self: must drink more coffee, smoke cigars etc. etc.]

I like jasmine too, and take a flask of it to work on organised days. We have one of the best and friendliest tea shops ever in Lincoln, in Steep Hill- Imperial Teas, they have a website. (I still don't know how to put links in comments!) There is a cafe attached which serves all their teas and coffees so you can try them properly but they also sometimes give me samples of new things to take home and try. Their superior English breakfast is my everyday tea, and they do an excellent Earl Grey decaff too. Can't bring myself to ask them about fair trade as I don't want to stop buying their tea- so I appease my conscience with Traidcraft coffee!

Mmmm, sounds like a great shop. I'll call in next time I'm over that way. Good for you with your flask of Jasmine Tea! I'm currently enjoying Gunpowder Green (best rather weak). Also experimenting with White Tea.